Websites need to be compatible with mobile devices and they need to be fast; no one will deny it. Yet web builders and online marketers don’t seem to have fully grasped the importance of speed. This becomes clear when, in an afternoon of testing, almost no site scores a satisfactory score on all components in the Google speed test and a large proportion of them simply do badly. This attitude may well have unpleasant consequences for many websites, even in the short term. The reason; Google does take it seriously and ruthlessly chooses the side of the user.

Speed as a ranking factor

In recent years, Google has made it clear that it wants to make a strong case for a safe and fast Internet. In keeping with Google’s style, these are not empty words. In 2010 it was already announced that speed had become part of the algorithm. Google’s obsession with speed is also evident in its tools for developers and the launch of a platform for accelerated mobile webpages. In 2014, Google already announced that websites with a secure connection (ssl) are going to get an edge in search results. In 2016, it became clear on their security blog that websites with an unsecured connection are going to get a mark in the search results in Chrome. Google is not alone in this, as evidenced by the list of sponsors of Let’s Encrypt, a service for free SSL certificates.

In short; both speed and security have become part of the list of factors that determine the ranking of websites in Google’s search engine.

But what does website speed mean in practice? Of course, there can only be one way to look at speed; from the user’s perspective. Unfortunately, this is not yet the way most websites are built. We are satisfied if the site is nicely responsive and sits around the second loading time; that’s usually where it ends. But is that enough?

We are satisfied if the site is nicely responsive and has a loading time of around one second; that’s usually all. But is that enough?

When Google launched a new version of the Pagespeed Insights test last year, aimed at ordinary users and marketers, alarm bells should have been ringing for many companies, but my impression is that this is not the case.

Late last year, Google ratcheted up the pressure even further with an official announcement.

On November 4, 2016, Google published a notice containing the following sentence:

The conclusion of this message, which is endorsed by almost all analysts, is that not only the content, but also the speed of your website on mobile devices will determine the position in the search results on all devices. A decision with major implications for websites that are too slow on mobile devices and for organizations with a separate mobile site.
Read also: Help! Your website is dropping in the Google search results, now what?

What about large websites in the Europe and America?

In a simple analysis, we first look at the total loading time on a mobile network of some larger websites. This test was performed using the ‘Tools for Developers’ available by default in Google Chrome. You can use the ‘Throttling’ menu to simulate a particular type of network and connection. So it is a one-time snapshot of the homepages of the sites mentioned.

Many organizations may think they have a fast website, until they discover that Google combines speed and user experience in one test. Images not compressed? Lower score. Any scripts running before content loads? Even lower score. Essential content above the fold doesn’t fit in 14 kB? Score goes down further.

What is the purpose of this approach? It’s actually quite simple; the user’s screen should be filled immediately with all the content that should be there and the rest should load as soon as possible after that. And let’s face it, who wouldn’t want that? 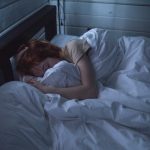 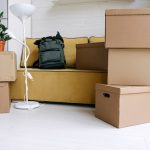 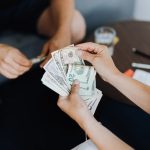